- March 24, 2014
The announcement of the winners for the oldest and most prestigious award in children's literature was made today at the Bologna Children's Book Fair. Japanese author Nahoko Uehashi and Brazilian illustrator Roger Mello are the recipient of the 2014 Hans Christian Andersen Awards. Many, many congratulations to these two outstanding contributors to the world of children's literature.

Of Nahoko Uehashi's work the judging panel said the author “has an extraordinary ability to create different fantasy worlds, and her work has tenderness and a great respect for nature and all sapient creatures.” 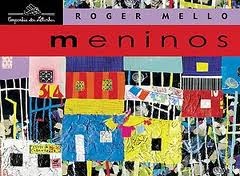 Of Roger Mello's exquisite artwork, the judges remarked that his  “illustrations provide avenues to explore the history and culture of Brazil. He does not underestimate a child’s ability to recognize and decode cultural phenomena and images. His illustrations allow children to be guided through stories by their imagination.”
The winners will receive their awards at the 34th IBBY Conference to be held this September in Mexico City.
http://www.ibby.org/