Showing posts from August, 2018
Show all

It's....the Leo's War Blog Tour! I am delighted to be here, celebrating the publication of this intriguing, exciting addition to the Hands On History series by Patricia Murphy, Leo's War. I was even more delighted when Patricia agreed to answer a few interview questions for Fallen Star Stories. Her answers are fascinating and generous;  giving an insight into this writers' life and adding another dimension to the telling of Leo's War (and, her other books as well.) Let's jump right in.... Hello, Patricia. Thank you for taking the time for this interview. Let’s start with a very basic question, but one I always find interesting. How long have you wanted to be a writer for young people? What got you started? -I think I have always wanted to be a writer. For me it was a natural extension of storytelling. I am the eldest of six and therefore was often left in charge of my younger siblings. I used to tell them stories to keep them amused.   They were b
1 comment
Read more

Good morning everyone. Just to give you a quick heads-up, starting on the 25th of August, there will be a wonderful blog tour featuring the newest addition to the Hands On History series published by Poolbeg Press. Leo's War by Patricia Murphy is the incredible story based on the activities of Monsignor Hugh O'Flaherty (also known as "The Pimpernel of the Vatican") and the Rome Escape Line during the Nazi occupation of Italy in WWII.  Our hero is a young Irish boy, Leo, living in Italy at the time. When his mother is taken by the Nazis, Leo finds himself hiding out in the Vatican, under the protection of Monsignor O'Flaherty and quickly becomes ensconced in daring, sometimes deadly efforts to escape the Nazis' horrific regime. But enough! Don't want to spoil to the tour for anyone! As you can see, there are quite a number of exciting blog events happening around this exciting new book.  Fallen Star Stories ' offering, a review of Leo's War
Post a Comment
Read more 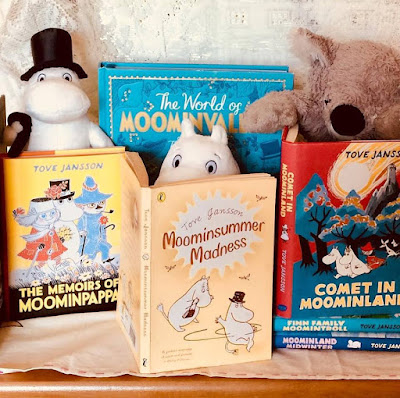 Today marks the 104th birthday of Tove Jansson; Swedish-speaking Finnish author, novelist, artist, illustrator, comic strip author and creator of the Moomins. The first Moomin book, The Moomins and the Great Flood was published during World War II in 1945. Jansson said the war depressed her a great deal and she wanted something innocent and joyful. While The Moomins and the Great Flood practically escaped all notice, her second Moomin book, Comet in Moominland was published in 1946, followed by Finn Family Moomintroll in 1948, which sold well and gathered critical acclaim, making her famous. Jansson published 6 more Moomin books, as well as a number of picture books and comics. In 1966, she was awarded the Hans Christian Andersen Award for Writing. By this time, in parts of the world, Moomins were a household name. So...what are Moomins? Well, they are a family of troll-type creatures, generally speaking furry and snow-white in appearance; round and cuddly (if you know them well en
Post a Comment
Read more 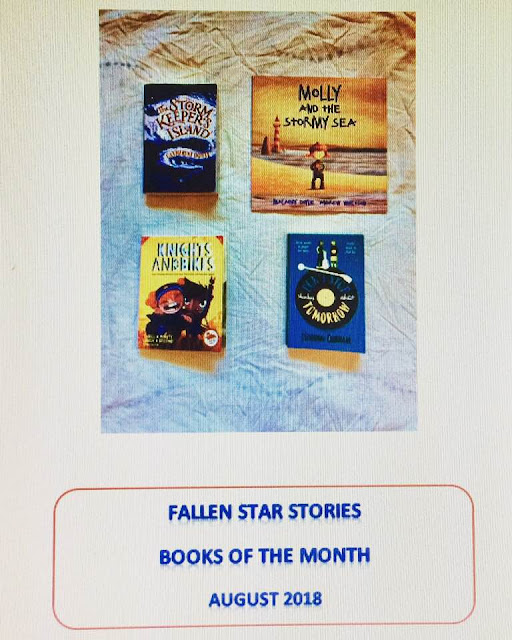 For so many years, I was involved in choosing a "Book of the Month"; books that are deemed must-reads among the many released every month. It was always a very difficult choice to make, but much appreciated by customers who didn't really know what to choose. I asked myself, why not do this on Fallen Star Stories? For August 2018, here are my choices; The Storm Keepers Island by Catherine Doyle, published by Bloomsbury Childrens Books; Molly and the Stormy Sea by Malachy Doyle, illustrations by Andrew Whitson, published by Graffeg Limited; Knights and Bikes by Gabrielle Kent, illustrated by Rex Crowle& Luke Newell, published by Knights Of... and Don't Stop Thinking About Tomorrow by Siobhan Curham, published by Walker Books. All of these are new out this summer and are reviewed on the review pages of this blog. Enjoy!
Post a Comment
Read more
More posts