The 'Puffin of Puffins' has been named!!!!

- June 17, 2010
The votes have all been counted at it was just revealed that the title of 'Puffin of Puffins' has gone to...... 'Artemis Fowl' by Eoin Colfer. Colfer's story about a 12 year-old criminal mastermind beat out such familiar favourites as 'Charlie and the Chocolate Factory' and 'Charlotte's Web' to become the most popular Puffin chldren's classic of all time. The Artemis Fowl books have sold over 8 million copies in the English language and 20 million worldwide.
Colfer stated that this was his "proudest professional moment.""To be chosen by Puffin as a modern classic is a huge honour, as it would be for any writer. For Artemis to be in a collection with Stig and Charlie is a huge thrill, but to win a public vote as well: it's like two birthdays in one go," he added.
Congratulations to both Eoin Colfer and 'Artemis Fowl'! 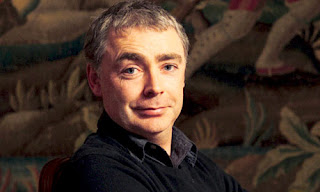