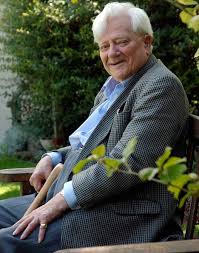 It was with great sadness today that the death of childrens' novelist, Richard Adams has passed away at the age of 96.
Adams is, of course, best known for the beloved story, Watership Down. This was the first of his  writings, published in 1972. It was originally a story told to his daughters, who insisted he write it down and publish it. It took two years to write, and was turned down by four publishers and three writers' agencies before Rex Collings agree to publish what became one of the most iconic books of all time. Almost immediately, Watership Down received international acclaim. Within a few years, it sold over a million copies worldwide and went on to win some of the most prestigious childrens literature awards, including the Carnegie Medal and the Guardian Prize. 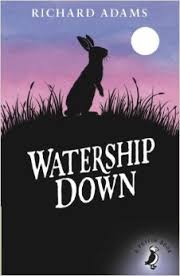 "The statement announcing his death quoted a passage from the end of his best-known work. It read: “It seemed to Hazel that he would not be needing his body any more, so he left it lying on the edge of the ditch, but stopped for a moment to watch his rabbits and to try to get used to the extraordinary feeling that strength and speed were flowing inexhaustibly out of him into their sleek young bodies and healthy senses.
“‘You needn’t worry about them,’ said his companion. ‘They’ll be alright – and thousands like them.”’
https://www.theguardian.com/books/2016/dec/27/watership-down-author-richard-adams-dies-aged-96

He lived a long and happy life, and gave the world a marvelous gift.
R.I.P., Richard Adams....and thank you.