- September 05, 2013
The new book in the Young Sherlock Holmes series by Andrew Lane will be released on September 12th!!!! And, I will shortly have very exciting news for all of us in Galway. All I'm going to say for now is WATCH THIS SPACE! 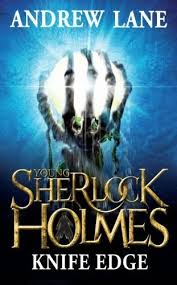 Book description:
"Something sinister is afoot in the house in the west of Ireland in which Sherlock is staying. There are frightened whisperings among the servants and the house's owners are clearly scared. But who - or what? - has terrified them so much that nobody will speak out? Young Sherlock must bring all his powers of deduction to unravelling his greatest mystery yet. Another fast-paced, brilliantly plotted adventure as teenage Sherlock investigates a new crime and comes up against a fresh crop of sinister, clever criminals."
http://www.youngsherlock.com/