- May 23, 2019
A friend of mine said that, wasn't it strange how strongly we feel the news when someone 'out there...in the world' passes. 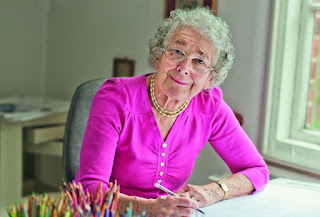 And so it was when, earlier today, I heard the news that dear, dear Judith Kerr; author of The Tiger Who Came to Tea and so many wonderful childrens' books, had passed away at the age of 95. A simple text from a bookselling friend and colleague; and I was instantly sobbing...completely heartbroken. Yes...she was 95 and, oh my goodness; what an amazing life she had. She left behind an incredible legacy of stories that will, and certainly should, live in the hearts of children (and adults) for a long time to come. But still...that strange sense of personal loss is pervasive. Like I've lost a favourite auntie; humourous, adventurous, kind and so talented. Judith Kerr is quite simply irreplaceable.... a life filled with accomplishments, both personal and professional that needs to be celebrated, honoured and never forgotten.

Judith Kerr was born in Berlin on the 14th of June, 1923; the daughter of German-Jewish theatre critic Alfred Kerr and his wife, Julia Weissman. She had a brother, Michael. In 1933, just before the Nazis' came into power. Alfred Kerr had openly criticized the Nazi regime and all of his books were burned shortly after they left. They traveled first to Switzerland, then France before finally making their way to Britain, where Judith lived for the rest of her life. She fictionalised the tale of their escape in the 'Out of the Hitler Time' series; When Hitler Stole the Pink Rabbit, The Other Way Round and A Small Person Far Away. Here she recounted the change in German politics, the outbreak of war, life as a refugee and forward into the post-war and Cold War periods from a childs' (her own, really) perspective. 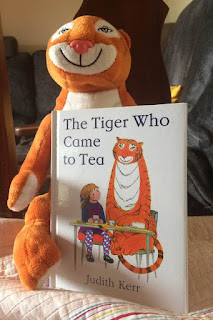 Her enormous canon of childrens' picture books include the 18 book strong Mog series, beginning with Mog the Forgetful Cat; The Tiger Who Came to Tea, My Henry, One Night In The Zoo and many, many others....all written and illustrated by herself, fulfilling her lifelong dream of becoming a famous author.
Kerr was appointed an OBE in the 2012 Birthday Honours for her services to childrens literature and Holocaust education.
Just one week before she died, Judith Kerr was nominated as illustrator of the year at the British Book Awards. I would say, illustrator of an age.

Judith Kerr died at her home on Wednesday, 22nd of May after a brief illness.
Today, the entire childrens' literature world is in mourning and in awe of her life, her work and the beautiful legacy she has left behind.
From the book, Goodbye, Mog; I feel this expresses sentiments on her passing perfectly. 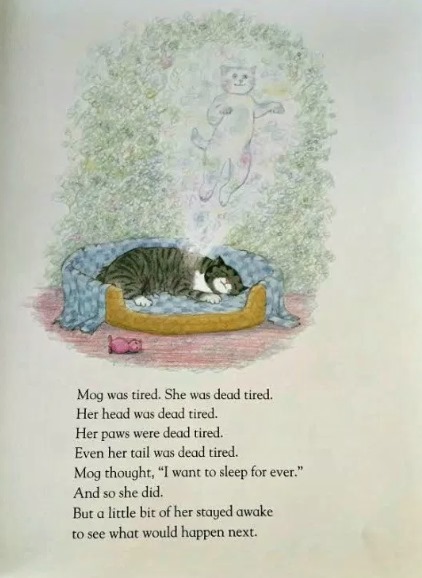