Tuesday, 19th March saw the announcement of the CILIP Carnegie and Kate Greenaway Medal shortlists. The shortlists contain 8 books each, taken from the longlists of 137 and 117 respectively.
The Carnegie and Kate Greenaway Awards are the UK's most prestigious and longest standing book awards for children and young adults. The titles included represent the very best in children's writing and illustration published in the UK. They also recognise and honour a diverse range of perspectives and voices as part of their mission to bring the best childrens writing and illustration to light; bringing together authors and illustrators across the globe.
And now...on to the lists: 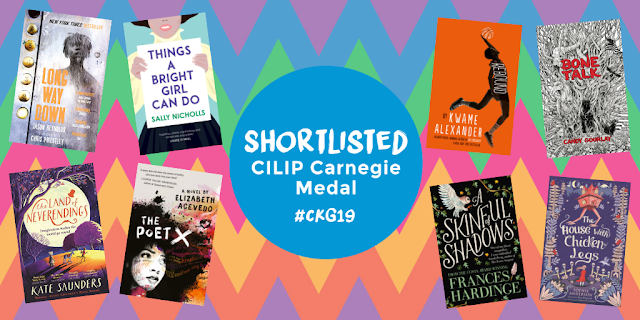