Children's Books Ireland (CBI) has announced the ten titles that will compete for the 29th CBI Book of the Year awards. The big reveal was held today (Monday, 11 March) at the Strand Theatre in Belfast as part of the Young at Art, Belfast Childrens Festival.
The ten books will vie for the most prestigious awards in childrens' literature in Ireland, including Honour Award for Fiction, Honour Award for Illustration, the Eílis Dillon Award for a first childrens' book, The Judges' Special Award, CBI Book of the Year and the Childrens' Choice Award which is selected in close cooperation with reading groups from schools, libraries and bookshops registered in the CBI Shadowing Scheme across the island.
The books selected have all displayed the highest level of literary excellence, appeal to their audience of children and young people, entertain and engage the audience and development and/or challenge the childs' growth as a reader and their sense of understanding of the world.
The shortlist for 2019: 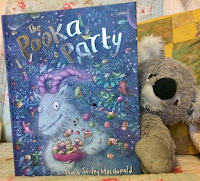 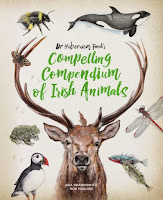 An incredible shortlist, indeed! Congratulations to all and the very best of luck.
The winners will be announced at the official awards ceremony in May.
For more information on the CBI Book of the Year Awards, the shortlist and all upcoming announcements, you can follow the links below.
Also I've included a link for the Belfast Childrens' Festival.