- May 26, 2014
Sorry...two days later I'm returning to my musings on the conference. It was just as brilliant as day one, but exhaustion set in, as did time to absorb all the wonderful (and occasionally weird) failures that lead to success.
(Included.... how about some poor quality conference photos? (Sorry, dead camera on the first day...I'm sure I mentioned it....) 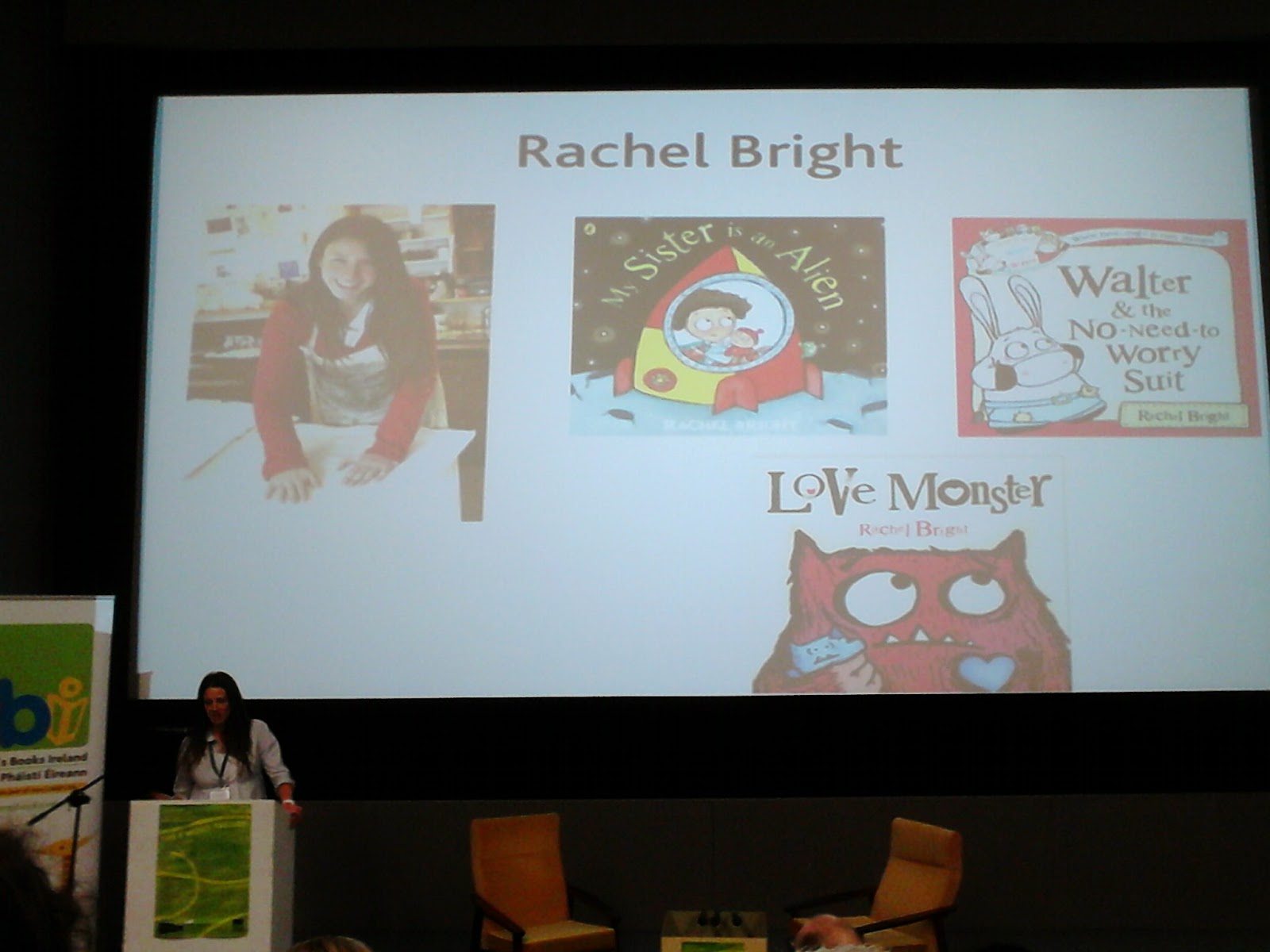 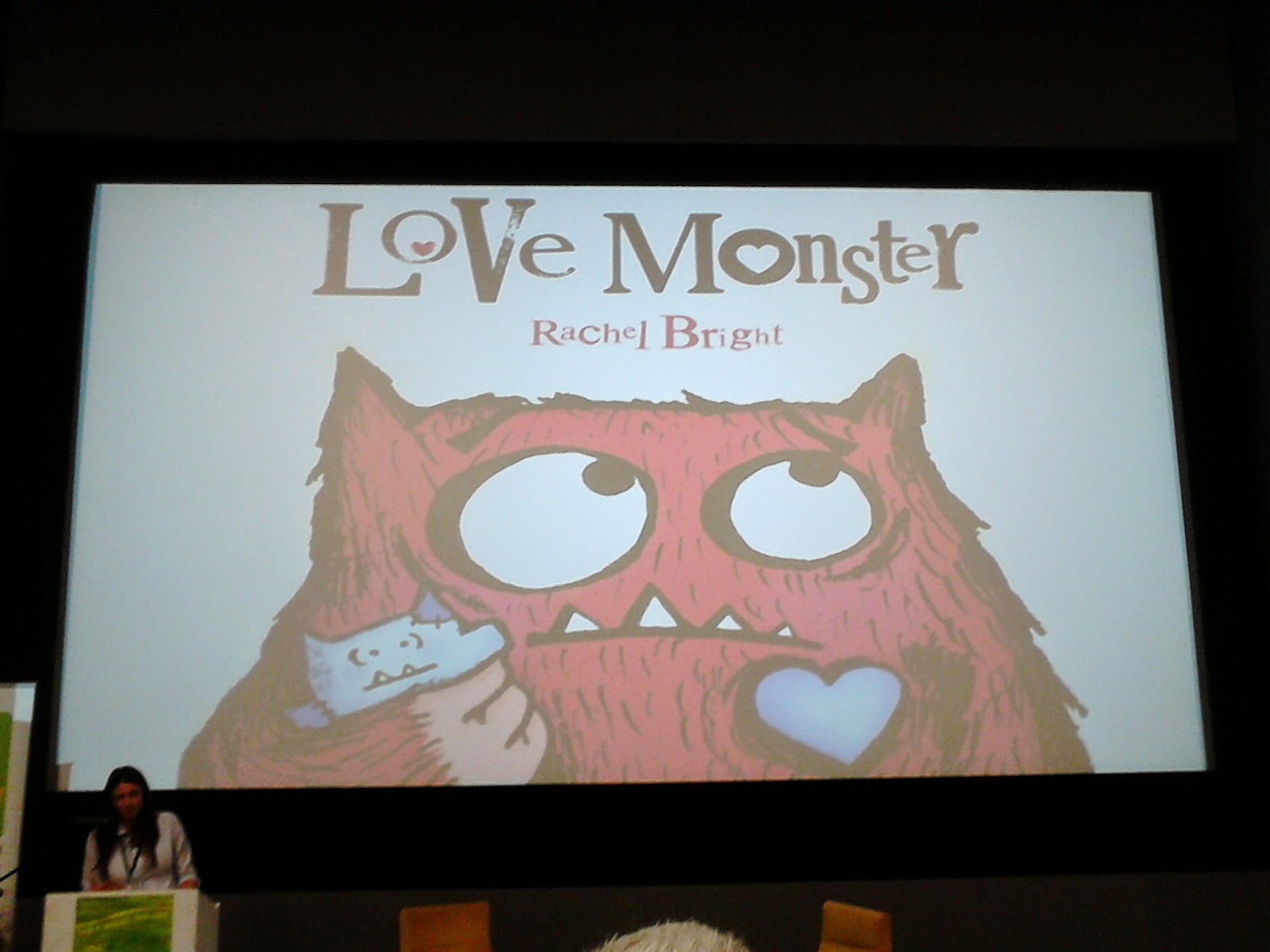 There was a bit of scheduling reshuffle, as Laura Dockrill couldn't be with us. But Rachel Bright stepped in a the last minute and filled the gap beautifully. Rachel describes herself as a wordsmith and eternal optimist, and she certainly is a Renaissance woman. Her background is that primarily of a printmaker (something near and dear to my own heart), having attended Bristol University where she learned etching and letterpress. (Ahhhh...letterpress.....) In the creation of her fantastic work (both stationary and childrens' books) his has served her well. Brights' books include What Does Daddy Do and the Love Monster series of picture books. Without recounting her entire presentation here, her work stands to prove Brights' understanding that the absence of not having enough of the right things leads to beautiful things. Her main passion is her picture books, where she follows the initial germ of an idea to where it wants to go. 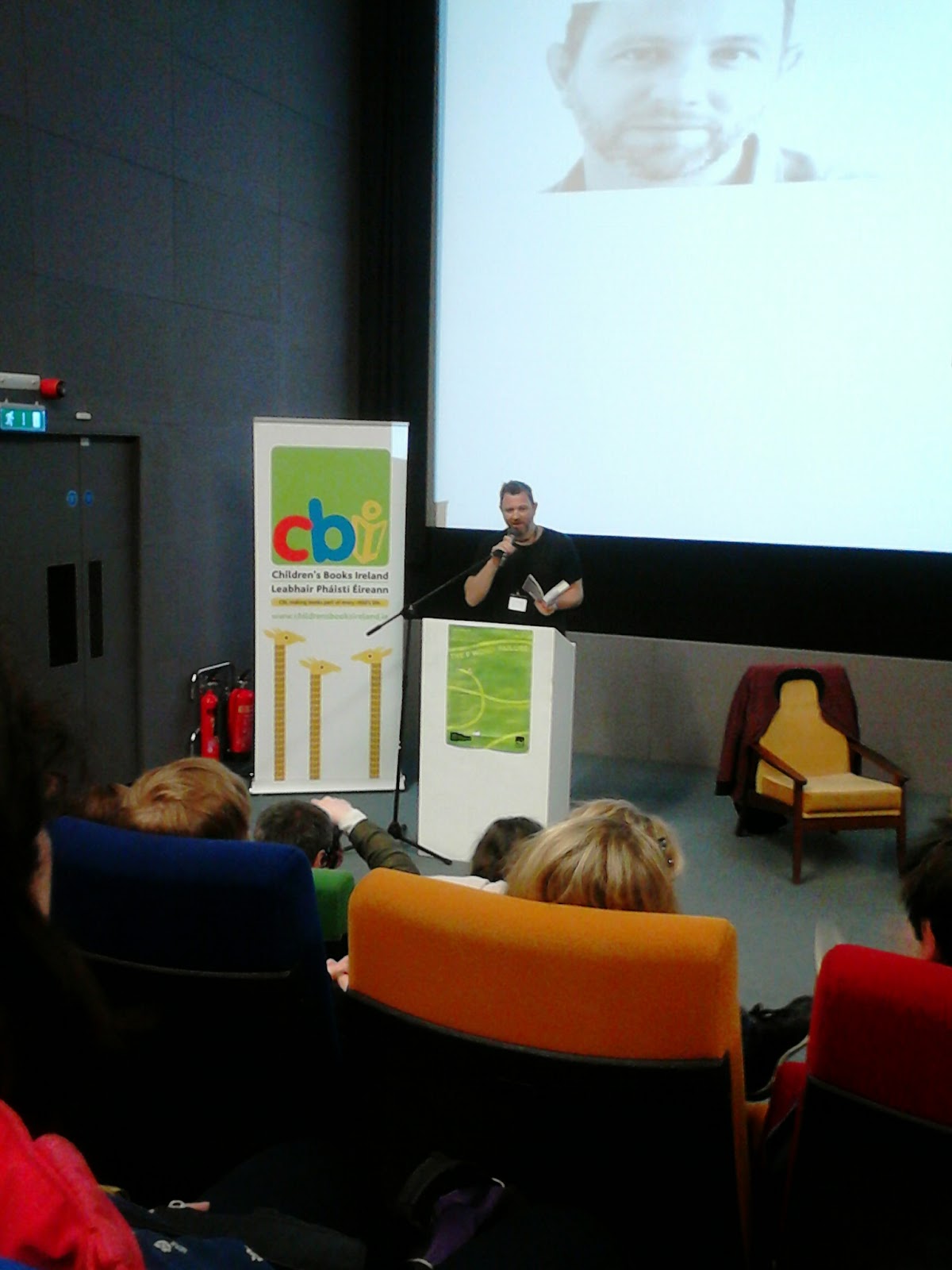 Brian Conaghan spoke in conversation with Robert Dunbar about and around his young adult books, The Boy Who Made It Rain and When Mr. Dog Bites. The newest and latter has had quite an impact to say the least, as it uses the genuine, sincere voice of a 16-year-old young man living with Tourette's Syndrome. This is uneasy subject matter and getting the book "past the gatekeepers of children's reading and into the hands of its' intended audience" has proved an interesting journey. 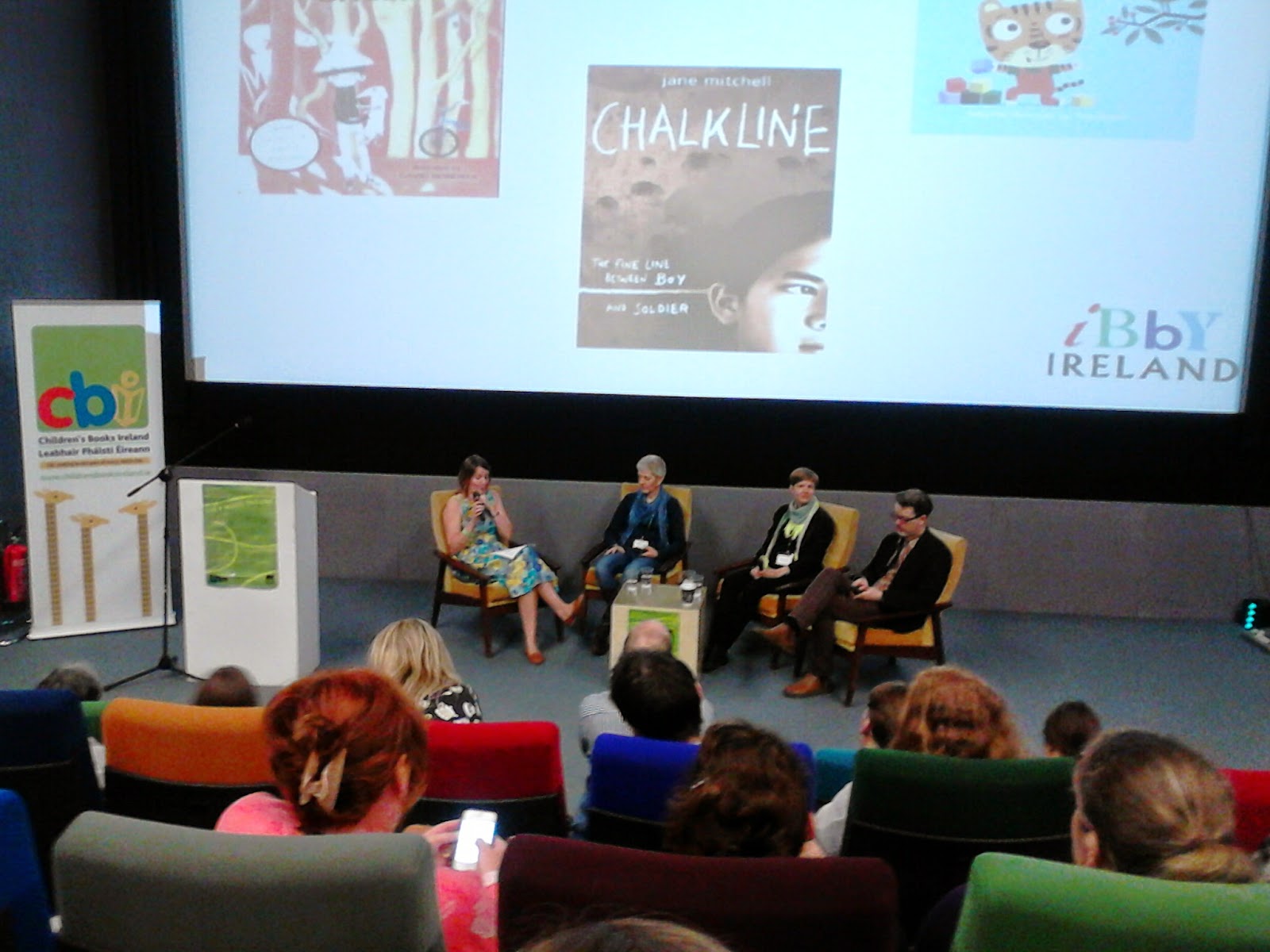 Jane Mitchell, Kirsten Reinhardt and Steve Simpson joined Gráinne Clear in a fascinating discussion on the benefits and drawbacks of winning awards..... the celebrations and pressures that they bring into the life of a childrens' writer/illustrator and life after the award winning. The three very different panelists conveyed three different, equally fascinating perspectives. 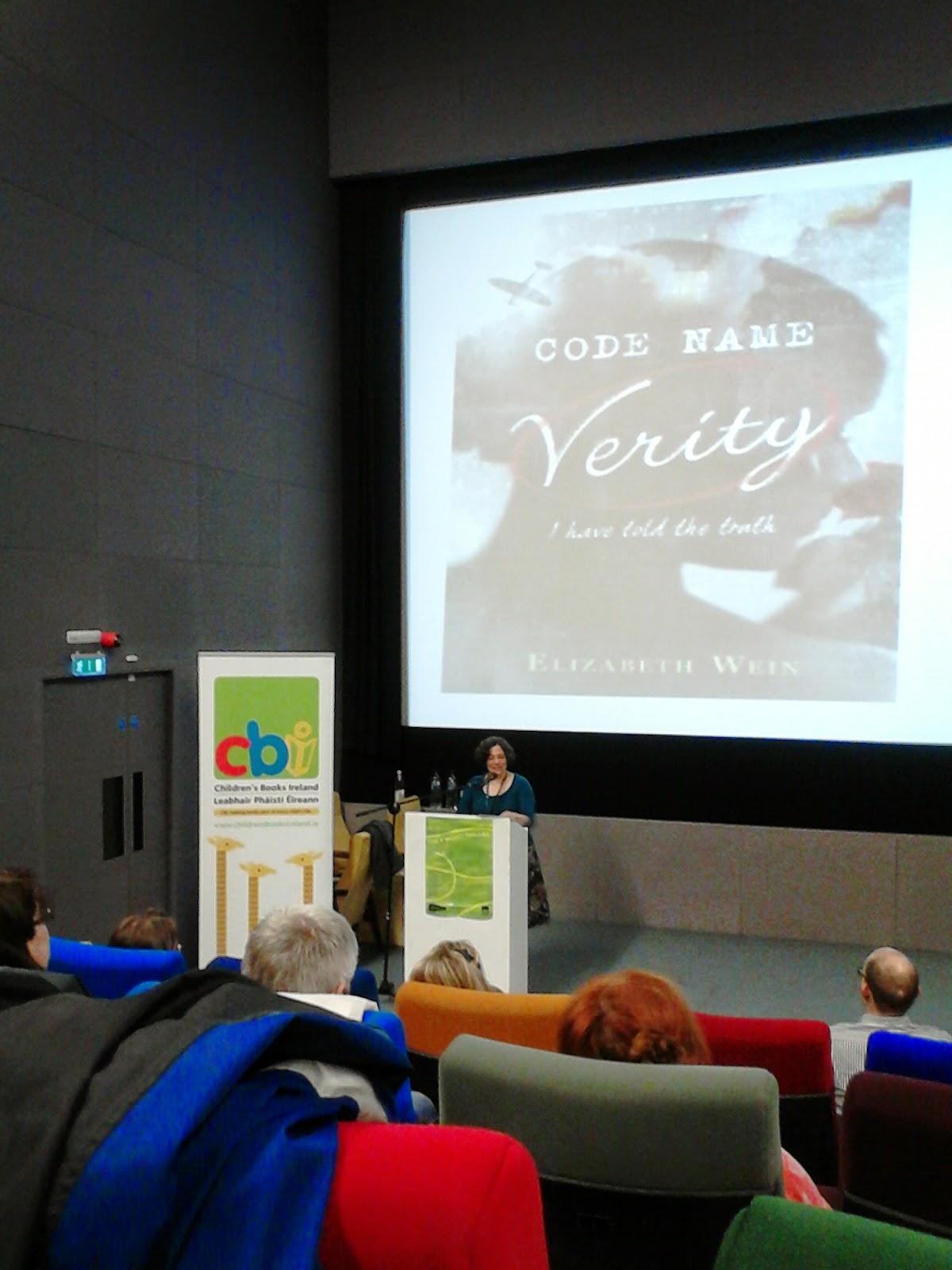 Elizabeth Wein took us along on her journey as a writer of historical fiction. Her first novel was published in 1993 to much critical acclaim, but it was only Code Name Verity in 2012 that brought her work to the fore. The joys. stresses and all the life-living that came in between brought home the importance of approaching writing from a healthy, balanced and realistic perspective. (And if you haven't read Code Name Verity, yet....do so IMMEDIATELY!) 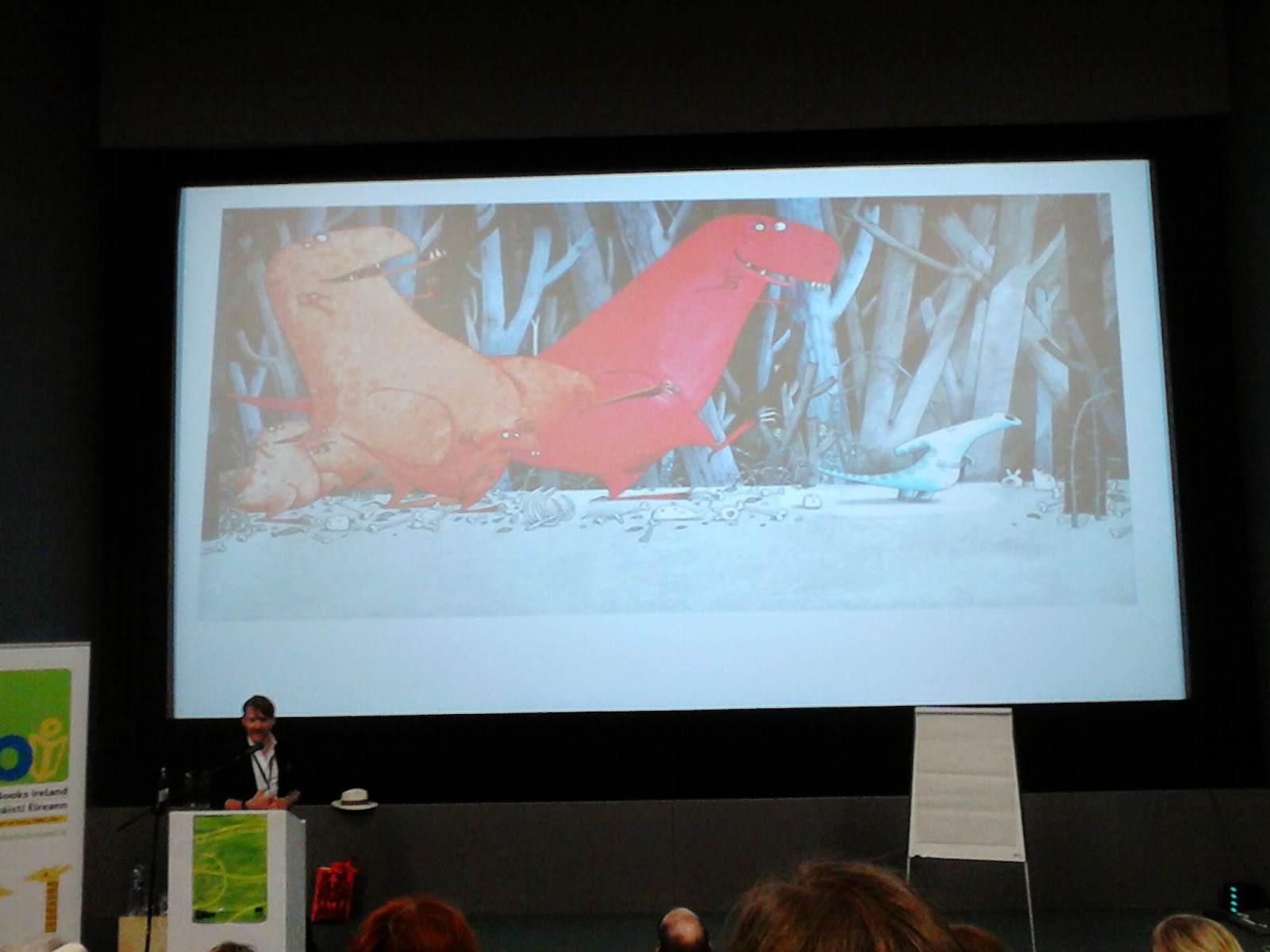 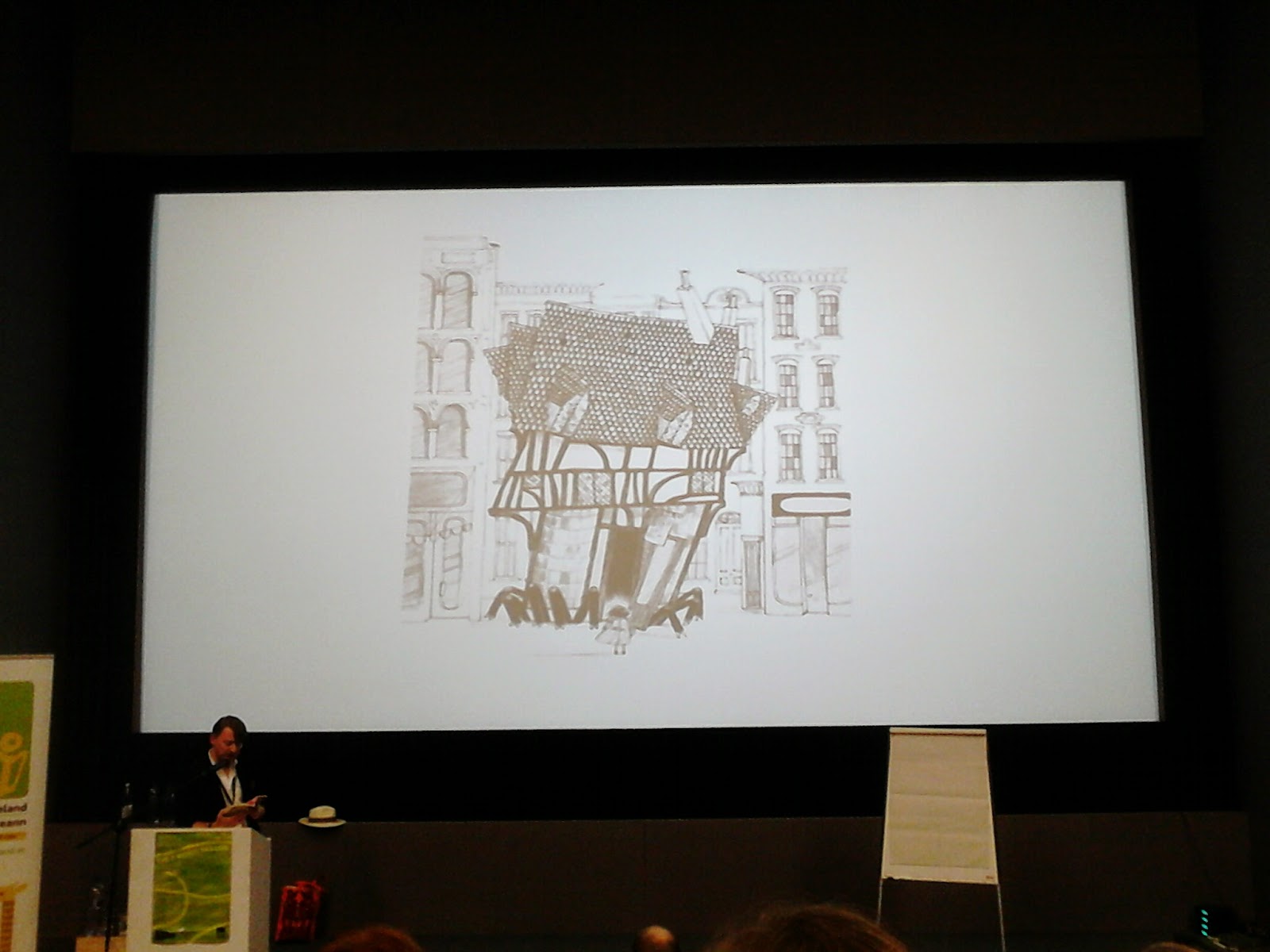 The day was wrapped up by the utterly delightful David Roberts, a writer/illustrator with so many books attached to his name I don't even dare attempt to begin the list. (Well, okay...Dirty Bertie...there; a beginning). David is a former fashion illustrator and milliner who discovered his heart's delight was childrens' book illustration... and was turned down by every artists' agent in London. He then went on to illustrate over 70 books...still making mistakes along the way; which he shared with us at the
conference!
Now a word about CBI. This year marked the 24th annual CBI conference, even though Childrens' Books Ireland itself is only 18 years old. This just goes to prove that it is an ever-growing, ever-adapting organism. It's mission statement is simple, clear and heart-felt:

TO MAKE BOOKS A PART OF EVERY CHILDS' LIFE 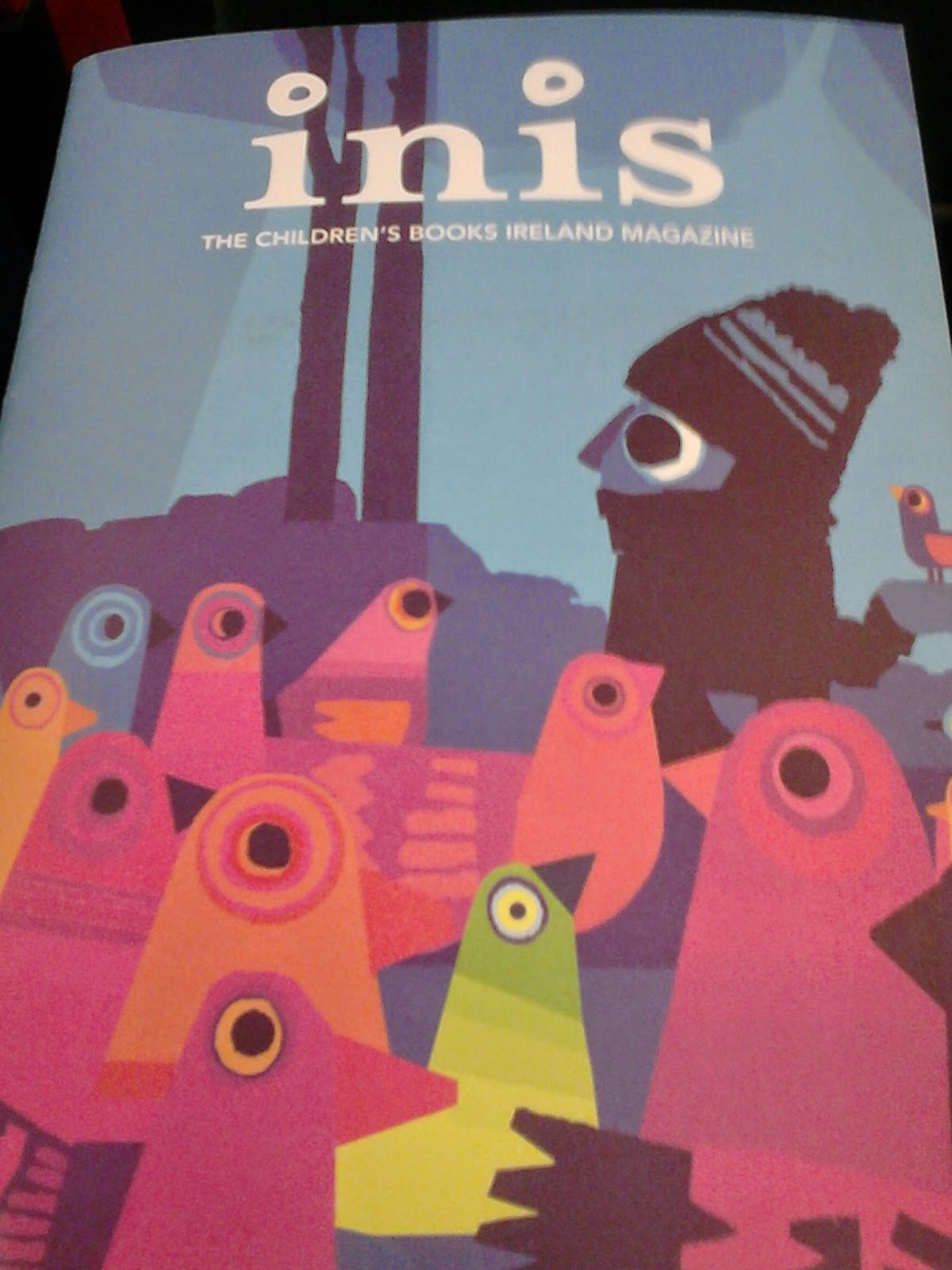 This year also marked the re-vamp of CBIs' wonderful publication, INIS Magazine. And it looks marvellous.Insightful articles and interviews, helpful, interesting reviews and all that's current in childrens' literature in Ireland and the rest of the world in a printed (!), reader-friendly magazine. So, if you want to know more about childrens' books, and about the incredible work undertaken by CBI, look for INIS (you can by it online, if you can't find it locally) and check out the CBI website.
http://www.childrensbooksireland.ie/