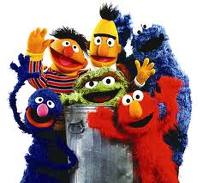 It is great sadness that I report Tony Geiss, writer for 'Sesame Street' for over three decades from 1973 until 2009, has passed away at the age of 86. Geiss was the creator of many popular segments, such as 'Elmo's World' and gave the words to Big Bird, Elmo and Kermit the Frog, helping 'Sesame Street' to win 22 daytime Emmy awards. After branching out from 'Sesame Street', Geiss went on to write the screenplays for two children's animated films along with Judy Freudberg; 'The Land Before Time' and 'An American Tail'. Tony Geiss passed away on January 21 in Vahalla, New York. R.I.P.
http://www.nytimes.com/2011/01/31/arts/television/31geiss.html?_r=1
Tony Geiss Obituary