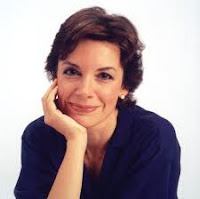 Puffin Books proudly announced today that they have signed award winning, best-selling author, Michelle Paver. The new series, entitled Gods & Warriors, is set in the Mediterranean during the Bronze Age. The first in the series is expected to be published in the autumn of 2012. Paver has already begun extensive research for the new books.
The same trademark, near forensic research is what made The Chronicles of Ancient Darkness series vivid and textural explorations of prehistoric life, as well as brilliantly written, gripping adventures that tell the story of Torak, a young boy orphaned and alone with a companion wolf cub. The last book in the series, Ghost Hunter, won the prestigious Guardian Children's Fiction Prize 2010.
As for her move to Puffin and the new series, Paver had this to say:
'I've been overwhelmed by Puffin's passion for GODS & WARRIORS. As a child, my bookshelf was crammed with Puffin paperbacks, and I'm thrilled that my next series will become part of that tradition.'
http://www.booktrade.info/index.php/showarticle/30421
Michelle Paver