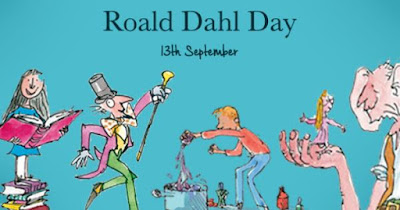 HAPPY ROALD DAHL DAY TO EVERYONE! 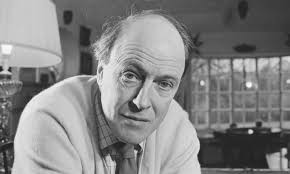 Each year, the 13th of September is marked in the childrens-book-loving-world as Roald Dahl Day, to celebrate one of the most beloved and imaginative storytellers of our times, if not ever.
The date was chosen, of course, because its' Roald Dahls' birthday. Born in Llandalff, Wales in 1916 to Norwegian  parents, he was named after Roald Amundsen, a Norwegian explorer who had been the first man to reach the South Pole. This set a high mark for him and while it may have been a heroic start, his early years were filled with tragedy due to the tragic deaths of both his older sister, Astri and his father.
Roald was sent to boarding school, where his early memories inspired the childhood memoir Boy and, an event where students were offered  to trial chocolate bars inspired his iconic book, Charlie and the Chocolate Factory.
As a young man, he got bit by the 'travel bug', going to Canada and then to East Africa where he worked for an oil company. At 23, he joined the Royal Air Force. In 1940, he suffered severe injuries to his head, neck and back when his plane crashed in the Western Desert. These went on to plague him for the rest of his life. But after only 6 months of recuperation, he was back in action and took part in the Battle of Athens. Then, he was stationed in Washington, where he received and passed on information to MI6.
In 1960, he helped to develop the Wade-Dahl-Till valve, which was prompted by a desire to alleviate the head injuries suffered by his son after an accident.
In 1953, Roald married actress, Patricia Neal and they went on to have 5 children. They divorced after 30 years. He then married Felicity Crosland, who has continued Roald Dahls' legacy by establishing both Roald Dahls' Marvellous Children's Charity and The Roald Dahl Museum and Story Centre.
Roald Dahl died on 23 November 1990 of a rare form of cancer of the blood, myelodysplastic syndrome. According to his granddaughter, he was given 'a sort of Viking funeral' and was buried with his snooker cues, some very good burgundy, chocolates, HB pencils and a power saw. 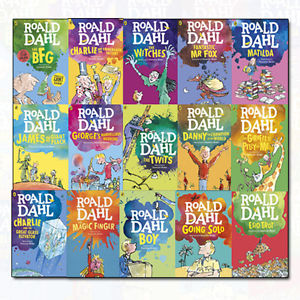 And then there are the books! So many marvellous books!
James and the Giant Peach; Charlie and the Chocolate Factory, The Twits, Fantastic Mr Fox, Danny the Champion of the World, The BFG, Matilda... all of which fire the imagination and inspire children to be bold and clever. They are irreverent and sharp-witted and so very funny. But they all give us pause for thought. They view the adult actions in the world and the impact it has on a kids' life. Expressed with a quirky and rather dark sense of humour, each one is told from a unique childs' perspective, as if the author had never quite left the culture of children. I don't think he really did.
Story-teller, screen-writer, aviator, inventor, spy...what a life!

Do something special and raise money for Roald Dahls' Marvellous Childrens Charity, which helps fund specialist nurses and provide the best healthcare for seriously ill children and their families. And have fun doing it while promoting reading for the sheer joy of it.
This year, the focus has been on James and the Giant Peach. This is the story of orphaned James, forced to live with his two horrible Aunts who are extremely cruel to him. But a talent for growing things leads him to a journey with giant insects on a luscious and huge peach and a way to escape his oppressive Aunts. Irreverent, bold and brassy, this is the perfect book to share with young readers as clever James takes charge of his situation and seizes the day!

Some things you may not know about Roald Dahl:
-Roald Dahl once had a tame magpie!
-His favourite colour was yellow.
-He once pretended to have appendicitis (when he was 9) so he could get sent home from boarding school...and it worked!
-He was a terrible speller! But, he loved to play Scrabble.
-Roald Dahl was 6 feet, 5 and 3/4 inches tall. That's nearly 2 metres!
-One of his favourite hobbies was gardening. Roald Dahl grew gigantic onions!
-His favourite book (that he wrote) was The BFG, but he was also particularly fond of Danny the Champion of the World.
- The main-belt asteroid 6223 Dahl, discovered by Czech astronomer Antonín Mrkos, was named in his memory in 1996.
-While he was known for being a bit grumpy and pernickedy with adults, he believed that no child should ever be left out. He would spend hours at book signings to make sure he spoke to every child and signed every childs' book.

Here's the link to the Roald Dahl website, where you will find everything you need to know about the author, his books and the charitable work carried on in his name.
https://www.roalddahl.com/roald-dahl-day