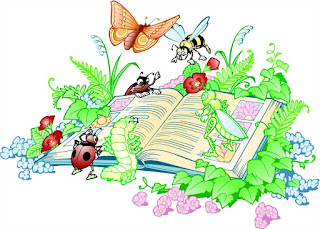 The summer holidays are fast approaching, with most of the teens and young adults here already out of school. They'll need something to escape into, even though it seems at times their reading material is quite serious and issue-driven. Here's a few for that crowd, which will peak their interest and keep them reading. 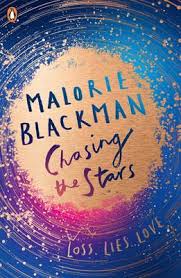 Chasing the Stars by Malorie Blackman is an amazing, intriguing science-fiction re-telling of Othello. Twins Olivia and Aidan are heading back to Earth on their own after a virus has wiped out the entire crew of their vessel. Nathan is on board a ship heading in the other direction when it is brutally attacked, with few survivors. For Olivia and Nathan, it is love at first sight. But their love inspires jealousy, deception and hatred in the others. A gripping, consuming read from the incomparable Blackman.

I have already praised Released by Patrick Ness (see the Young Adult review page) and all I can say now is, please, please read this book. A personal, in fact intimate story that covers one day in the life of Adam Thorne. But it is the one day when everything changes; when it all falls apart. If I could put this into everyone hands (literally) I would do so. No one writes like Patrick Ness.
Unconventional by Maggie Harcourt is Lexi's story. Lexi who has lived most of her life behind the scenes on the sci-fi/fantasy convention circuit with her Dad and has now become his right-hand. Clipboard in hand, she runs the show, while in her off hours is up to her eyes in course work. The last thing she needs to fall in love...with her favourite new author. Quirky, funny and touching.

The Pearl Thief by Elizabeth Wein steps in as a prequel of sorts to her earlier (incredible) work, Code Name Verity. Set in the summer of 1938, this Scottish, Agatha Christie-style murder mystery, Julie goes home to the beautiful Strathfearn estate for one last summer. An unlikely, oddly connected chain of events; a vicious riverside attack, the disappearance of a noted academic and the theft of her grandfathers' collection of river pearls; changes, not only the tone of the summer, but the lives of all in the small village...for all time. Exquisite historical fiction meets coming of age.
With so many 'popstar music' reality TVshows taking up so space on our channels, the interest is clearly already there. Sheena Wilkinsons' Street Song adds the actual reality and some definite food for thought. Ryans' short lived fame as a winner of Irelands' PopIcon show, left him with an addiction problem and all the wrong kind of tabloid press. Out of rehab, Ryan, now 18, is left struggling to rebuild his life. His overbearing, uber-controlling (ex-manager) stepfather presses Ryans' buttons in all the wrong ways.

One night, after a particularly bad and violent argument, Ryan finds himself on the run from Dublin to Belfast with a new name, in search of a new life. This is gritty, realistic stuff and it is brilliant.
Following the wonderful Nothing Tastes As Good last year (with its' intriguing dead narrator), Claire Hennesseys' Like Other Girls tackles another set of present, sensitive issues faced by many young women today without succumbing to sensationalism or moralising. In St Agnes' School, everyone is expected to be a perfect young lady in every respect. But Lauren isn't like other girls, and she knows it. She stands out; her heart is broken; her boyfriend thinks she's just nuts; her bestfriend has soooo many issues of her own. Lauren is angry, catty, confused and in pain. And now, Lauren is facing every girls worst nightmare. Written with compassion, understanding and a truly genuine voice, this book is real!

I Have No Secrets by Penny Joelson defines the term 'compulsive read'. Jemma is 14 and has severe cerebral palsy; and she makes a truly unique narrator. Unable to communicate, Jemma finds herself in the unique position of being the one person that people feel they can confide in. She knows many of their secrets. They all assume Jemma is unable to understand. But one day, she learns a truly horrific secret. Jemma watches and a nightmare unfolds before her and is powerless to do anything. But maybe that's all about to change. A book that will intrigue, enlighten and, perhaps, change your perspective.

In Spellbook of the Lost and Found by Moira Fowley-Doyle, Olive and her friend, Rose notice they are losing things...small things, really. A hair-clip here, a bit of jewellery there. But it soon becomes evident that Rose has lost something much more valuable. And she doesn't want to talk about it. A chance meeting with three other girls leads to the discovery of an ancient spellbook. As they seek to retrieve lost things and possibly make things right, it seems they may also unleash other secrets; secrets nobody ever wanted to know. This is stunning, suspenseful, edgy and atmospheric writing. Creepy in the best possible way.

So there's a few more for you. Keep watching this space. There are more to come!
Happy Summer!