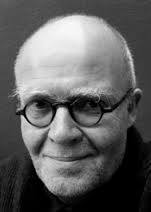 Today, it has been announced that the 2017 Astrid Lindgren Memorial Award has gone to Wolf Erlbruch. Erlbruch was one of 226 candidates from over 60 countries worldwide.
Born in 1948, Erlbruch began working in childrens publishing in 1985, when he first illustrated James Aggreys' The Eagle Who Would Not Fly. Best known for his work in 1994 on Werner Holzwarths' The Story of the Little Mole Who Knew It Was None of His Business, Erlbruch has shown himself to be both a traditional and innovative illustrator at the same time. He is unafraid to tackle difficult subject matter in his illustrations, while displaying a sensitivity, delicacy and delightful humour. 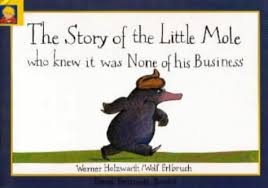 Last years' winner, Meg Rosoff is quoted as saying, “Erlbruch gives the impression that he is an artist incapable of sentimentality, but his drawings have a delicacy and a sweet humour that helps us cope with the immensity of the subject.”
Congratulations go to Wolf Erlbruch for receipt of this prestigious award; and for his continued commitment to excellence and to enriching the lives of children everywhere.
The award is given each year and is worth 5 million Swedish Krona (£445,000). It is given to an author or illustrator of childrens' books who has demonstrated high artistic quality and integrity while representing a commitment to the rights and welfare of children and young people. In memory of the exceptional Astrid Lindgren, author of Pippi Longstocking, Ronia the Robbers' Daughter and many, many other books, the Swedish government founded this award to encourage and inspire anyone involved in childrens' literature.
http://www.alma.se/en/award-winners/2017/