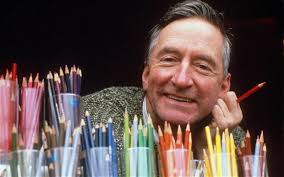 A huge congratulations to Raymond Briggs, author of Fungus the Bogeyman and, of course, the beloved story, The Snowman. He was been honoured by the childrens' charity BookTrust with it's Lifetime Achievement Award. Diana Gerald, BookTrusts' CEO described the body of Briggs work as "captivating and inspiring" and having an enormous impact on both children and adults.
The Lifetime Achievement Award was first given in 2015. The recipient was Shirley Hughes, author/illustrator of such books as Dogger and the wonderful Alfie series. Following on from that, in 2016, Judith Kerr received the honour for her many works, including the Mog series and the pivotal childhood story, The Tiger Who Came To Tea.

Briggs is probably best known for his Christmas stories, The Snowman and Father Christmas, as well as Fungus the Bogeyman. But he has also taken on some very political subjects. His 1982 graphic novel, When The Wind Blows, tackles nuclear war from the perspective of an elderly couple.  In 1998, Briggs looked at the story of a life lived together in his beautiful and moving work, Ernest and Ethel, which told the story of his parents from their meeting in 1928 to their deaths in 1971. 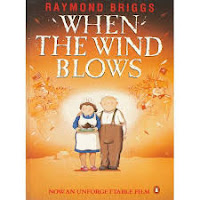 Briggs himself, as late as last December pondered such honours by saying; "funny title, because come on, my lifetime hasn't ended yet."
Each book is drawn and told with sensitivity and adds a deeper level of critical thought to the simplest of stories. His body of work has touched the lives of everyone. His perspective is refreshing and gives rise to more considered and critical thinking. And, they all capture a sense of wonder and beauty. Philip Ardagh recently referred to Briggs as one of the "picture Book royalty." He has won numerous other awards for his lifetime in childrens' books, including the Kate Greenaway Medal and was one of two runners-up for the prestigious Hans Christian Andersen award in 1984. The BooksTrust Life Achievement Award is a well-deserved honour, indeed.
https://www.theguardian.com/books/2017/feb/09/raymond-briggs-lifetime-achievement-award-the-snowman