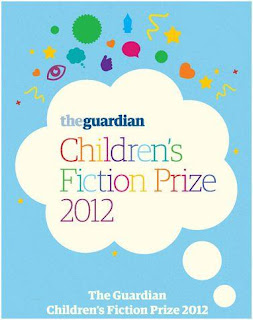 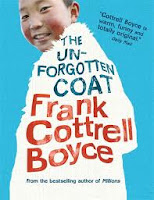 Congratulations to Frank Cottrell Boyce for scooping up the Guardian Children's Fiction Prize 2012. Boyce won the honour, which includes a £1500 award, for his book, The Unforgotten Coat. This book deals with a difficult and moving subject; the forcible deportation  of refugees and was dedicated by Boyce to a young Mongolian schoolgirl whose own family, taken in the middle of the night by immigration authorities, inspired the story. Boyce had been commissioned by the Reader's Organisation, a charitable trust based in Liverpool; making The Unforgotten Coat a most unusual choice for the prize. 50,000 copies of the book were given away free this year. It has beaten out other books by noted authors, Eva Ibbotson, Roddy Doyle and the late Russell Hoban to secure the win.