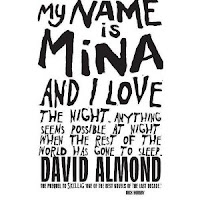 My Name Is Mina, by David Almond (Hodder, £6.99). Age: 9+
In My Name Is Mina David Almond reintroduces readers to the girl next door who, in his bestselling first novel Skellig shared in the discovery of the mysterious eponymous creature in a dilapidated garage. We already know about Mina's love of nature, her passion for freedom, her struggle for truth. Now, through a series of reflections and brief stories told in many different styles, Mina describes her feelings on the death of her father, her catastrophic experiences at school, her fears and hopes, especially for the fledgling birds she watches closely from her perch up a tree. Almond promotes and celebrates freedom for children and their thinking in this lyrical book about growing up.
Return to Ribblestrop, by Andy Mulligan (Simon & Schuster, £6.99). Age: 10+

Ribblestrop Towers, a school with a healthy scorn for timetables, tests and inspections, provides an amusing background for a clutch of wild adventures in this ebullient sequel. There's treasure hidden deep in the vaults of the building, which attracts a bent copper and his sidekicks, among others. To find it, they must get past the local monks, whose vow of silence makes them less than helpful. Meanwhile, a new term begins with the arrival of a truckload of wild animals and their ageing minder. Biology lessons are now hands-on, including helping a panther give birth to her cubs, while circus skills are practised at all available moments. A boy with a gun who is mad enough to use it, a new boy with mechanical skills beyond his years and a football match with a difference all make Ribblestrop a delight to return to.
Moon Pie, by Simon Mason (David Fickling, £10.99). Age: 10+ 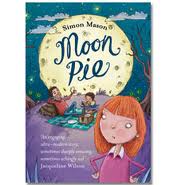 Troublesome children are familiar in fiction; parents behaving badly less so, perhaps because the reasons may be sadder and harder to resolve. In this touching, bittersweet story, Martha deals imaginatively and bravely with her father's increasingly erratic behaviour after her mother dies. Shielding him from other adults' pity and blame while also protecting her younger brother Tug could be daunting. But Martha is resourceful and she keeps everything in perspective. And, despite it all, she keeps her own dream alive and with it a sense of hope. Mason doesn't flinch from great sadness in a delicately told, warm-hearted story with a triumphant ending.
Twilight Robbery, by Frances Hardinge (Macmillan, £6.99). Age: 11+

Mosca Mye, the gutsy orphaned heroine of Fly By Night, returns in Twilight Robbery, ducking and weaving her way through a darkly sinister world. Fleeing from their past misdemeanours and those who have suffered from them, Mosca and her devious companion Eponymous Clent arrive disguised at the City of Toll. An unusual place, it has two personalities: Toll-by-Night and Toll-by-Day. More than that, there's a price to be paid for entering and leaving Toll. Mosca and Clent have to learn the rules of this devious place and to unravel the complicated plot that binds the city to its unsavoury customs. As befits a story that revolves around the power of books and the pleasure of reading, Twilight Robbery is a linguistic delight, phrased with precision and a strong and finely tuned wit.