Happy Anniversary To Some Children's Classics!

- August 27, 2011
Quite a number of children's classic books (both contemporary and not) are taking place this year, and I'd like to take a moment to share some of my favourites with you.....

First of all, let's remember that Roald Dahl Day takes place on September 13th, and this year the focus is on James and the Giant Peach. This gem is now 50 years old! Just as delightful as it was when it first appeared, that is one well preserved Peach!

Another absolute favourite of mine is The Phantom Tollbooth by Norton Juster. When it first came out, The Phantom Tollbooth had a reputation for making readers out of non-readers. The marvellous story of Miles, a boy who can't see the point of anything until he comes home to find a mysterious package containing 'one genuine turnpike tollbooth' has been delighting readers young and old for fifty years now! In October, there will be a commemorative edition released, which will include a preface by Juster, essays by various authors (including Philip Pullman and Suzanne Collins) and an essay by Maurice Sendak that was written for the books' thirty-fifth anniversary.

A Wrinkle In Time by Madeline L'Engle is also turning fifty. Currently, this wonderful story of time travel has 10 million copies in print in the US. In January, Macmillan Children's Publishing will be releasing a fiftieth anniversary  commemorative edition which will include "include an introduction by Katherine Paterson; L'Engle's Newbery acceptance speech; never-before-published photos; and an afterword by L'Engle's granddaughter, Charlotte Jones Voiklis." 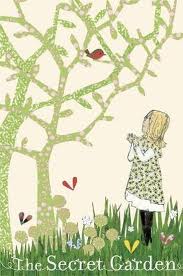 And... just out now... this absolutely gorgeous centenary edition of The Secret Garden by Frances Hodgson Burnett. One hundred years of one of the most unique books of all time!

Happy Anniversary to these, some of my favourite books ever... and quite a few more... Here's an article from PublishersWeekly to tell you more about them.
http://www.publishersweekly.com/pw/by-topic/childrens/childrens-book-news/article/48346-celebrating-a-flock-of-anniversaries.html?page=1