- December 08, 2011
Here's a few of the stunning brand new books out 9over the last couple of months) for various age groups. Each one is truly fascinating and thoroughly enjoyable:

The Windvale Sprites by Mackenzie Crook
The morning after a storm has swept across the country, Asa wakes up to two shocking discoveries. The first is that his sleepy little village, Windvale, is now completely unrecognisable due to all the damage. The second...among the debris that is now his back garden, Asa finds a tiny winged body; and it's not an insect. It appears to be a fairy. But fairies don't really exist... or do they? Fabulous story with marvellous illustrations throughout, all done by the author. 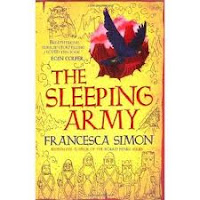 The Sleeping Army by Francesca Simon
Freya is an ordinary, contemporary school girl, living in a contemporary world with one very big difference.... the people still worship the ancient Norse gods. One night, while stuck with her father as he works the night shift in the British Museum, Freya finds herself inexplicably drawn to an ancient Viking horn. When she blows the horn, Freya, along with 3 chess pieces come to life, is immediately transported to Asgard. There she is charged with a dangerous mission, but one she can't refuse... to save the gods, herself, and the rest of the world. Dramatic, funny, rollicking adventure from the author of the Horrid Henry books for ages 8 to 12 years.

The Haunting of Charity Delafield by Ian Beck
An enchanting, thoroughly magical new fairy tale. Beck weaves the story of flame-haired Charity, who has grown up in her huge house (most of which she is forbidden to enter) with no friends other than her cat, due to a 'condition' she apparently suffers from. All of her young life, Charity has had a reoccurring dream of a corridor hidden somewhere in the house. When she discovers the corridor and enters it, she realises that everything is not exactly as she's always been lead to believe. Superb book for ages 8 to 12 years. 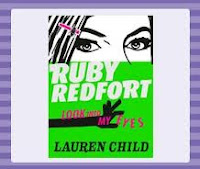 Ruby Redfort..Look Into My Eyes by Lauren Child
Ruby Redfort, 13 year old schoolgirl, is also a genius codebreaker,a bit of a detective, and a serious handful for her parents and teachers. This character was first introduced in the Clarice Bean novels and is now featuring in her first book, along with some very bad bad guys, a housekeeper who has disappeared, secret agents and a very loyal, and long-suffering best friend, Clancy. Hilarious spy adventure, not unlike the Nancy Drew stories... just more contemporary and very funny. 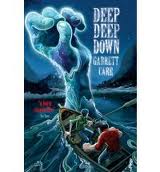 Deep, Deep Down by Garrett Carr
Andrew, Ewan and May (from The Badness of Ballydog and Lost Dogs) are back! In the mountains, by a serene, beautiful lake, life couldn't be more ideal. People live long and happy lives... in fact, they live much too long. But our three intrepid friends are about to put an end to all of that. That is, of course, unless the secret, hidden monster living at the bottom of the lake puts an end to them first. This entire series is tension-filled and really gripping.. and this one, I think it may be my favourite of the lot. Truly frightening, and a great read. For ages 11 years +.

The Double Shadow by Sally Gardner
For young adult readers, I'm not going to say too much about this book, because I've already talked endlessly about it. An exquisitely written historical/sci-fi-esque novel that consumes it's genres  and turns them into something really rare. Brilliant writing and a wholly unique concept make this a must read for ages 14+. 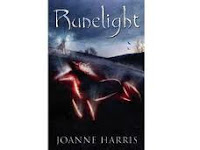 Runelight by Joanne Harris
Those Norse gods (from her previous Runemarks) are back again, and, as usual, they are squabbling and fighting amongst themselves, while using us mere mortals as pawns in their game. The heroine this time is the feisty, fiery Maggie, a girl the same age as Maddy, but raised a world apart. A conflict between the two girls, a chilling, eerie prophecy from the oracle and twelve days until the end of the world! What more is there to say? Read this book and it's predecessor.... fabulous!
Books for giving