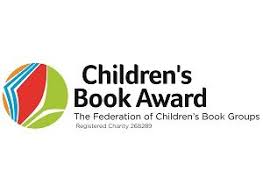 The Children's Book Award is the only award given in children's literature voted on entirely by children. Running since 1980, the award has been given in the past to such wonderful and now familiar voices in kids books as Roald Dahl, JK Rowling, Malorie Blackman, Rick Riordan, and Jacqueline Wilson. Over 1100 books are read by the testing groups and over 150,000 cast each year. The testing groups are comprised of children over three categories; younger children (picture books),  younger readers (6-11) and older readers (10-18). From these groups, each year category winners and an overall winner are chosen.... again, and I can't stress this enough, BY CHILDREN! This, I feel gives the most accurate representation of which books, out of the thousands published every year, are the best reads for kids of all ages. So, after this introduction (also called the boring, but essential to understand bit) let's get on with this years' winners.

The Overall Winner and Winner of the Younger Readers category is; The Explorer by Katherine Rundell (published by Bloomsbury.) Rundell has emerged as a firm favourite of mine, penning books that appeal, not only to children in the 'appropriate age group', but with a much wider appeal. The Explorer is an exceptional story, recalling such classic works of kidlit as Treasure Island, Kidnapped, The Little Prince and Journey to the River Sea; while adding its' own style of boldness and bravery to the mix. A brilliant, brilliant adventure story, I can't think of a better winner! Congratulations to Katherine Rundell. I am thrilled for you.
There are 2 other categories, as I've said and the children have chosen very strong, wonderful winners. 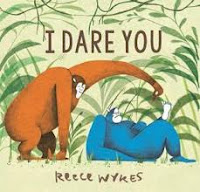 In the Younger Children (picture book) category, the award for 2018 goes to: I Dare You by Reece Wykes, published by Anderson Press.
The Older Readers (10-18) have chosen I Have No Secrets by Penny Joelson, published by Egmont.
Congratulations to you all! This is a wonderful award to receive, particularly because it is the children, your reading audience who chose your books!
For more information on the Children's Book Awards, such as shortlists, former winners, etc. just follow the link below.
http://childrensbookaward.org.uk/