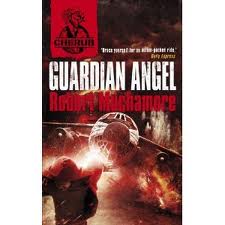 Attention all you Robert Muchamore fans.... and I know there's a lot of you! On Thursday, 13 September at 4pm, the man himself will be appearing at Dubray Books Galway branch (4 Shop Street) in honour of the recent release of his new book; Guardian Angel. This is part of Muchamores' first ever Irish tour, so there is much excitement!
Guardian Angel is the second book in the brand new CHERUB series that began with Peoples Republic. The first series, now classic CHERUB, began in April 2004 with The Recruit and ended August 2010 with the publication of Shadow Wave. But now those cunning young intelligence operatives are back in a second series. People's Republic was launched  last year, and began the saga of twelve year old Ryan, a new hero. Guardian Angel brings Ryan back for a second time, with an even deadly mission than his first!
Join Muchamore at Dubray Books in Galway, where he will be available to sign books and have a bit of a chat. Don't miss this event!
(If you aren't in the Galway area, as I said... this is part of his first ever Irish tour. Muchamore will be at the Mountains to Sea Festival on Sunday, September 9th and below is a link to his website, which gives details of other venues throughout Ireland where you can catch up with him.)
http://www.cherubcampus.com/newscurrent.htm