- May 30, 2010
I was flipping through the channels in sheer boredom when I happened across 'The Book Show at Hay' (very fortunately) and found that the first guest is one of my favourite writers, Carlos Ruiz Zafon talking about his wonderful first novel 'The Prince of Mist', which was written as a novel for young people. This has just recently been translated and published in English and was originally published in Spanish in 1993. Zafon first commented that writers, he felt, fell into 2 camps; those that write about what they have observed in the outer world or those that write about what they observe in their own inner world; of which he falls into the latter group. However, the most enlighting bit of his talk was when he spoke of writing for young people as opposed to writng for adults. He praised the intelligence and insight of younger readers, and also the directness with which they approach what they read. Zafon found it freeing, in a way, to write for young people, because you can write without concern for all the "hype or notions of literary prestige." Young people, it seems, take the work at face value, with honesty and they either like it or they don't. How brilliant is that? 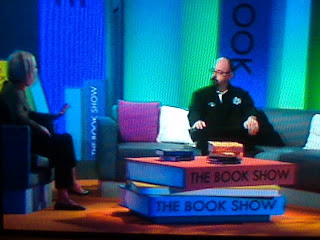