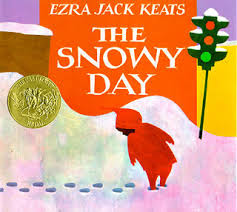 In case you haven't heard, last week the New York Public Libraries released their list of the 10 Most Checked-Out books in its' history. This is a very significant list, as the NY Library books have been circulating throughout homes in New York City for 125 years. It is the largest library system of its' kind in the US and one of the largest worldwide. What it has to say about what people read matters...a lot.
It may not surprise anyone to learn that the majority of this list consists of childrens' books; half of them picture books. This indicates the huge impact books have on readers of a very young age. While I was delighted to see The Very Hungry Caterpillar, Goodnight, Moon, The Cat in the Hat and Where The Wild Things Are represented, to learn that the number one, most borrowed book ever in its' history was The Snowy Day by Ezra Jack Keats caused an overwhelming feeling of quiet joy within. But what makes this book shine over all the others? 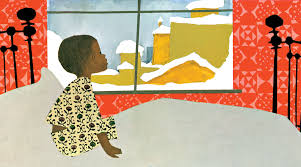 The Snowy Day was first published in 1962. It went on to win the Caldecott Medal in 1963. The story is a simple one. Peter, a young boy wakes up one morning to find that overnight the city has been transformed by its' first snowfall. He dons his red snowsuit and ventures out into a world filled with wonder. Peter makes footprints in the snow, builds a snowman, makes snow angels, discovers he is too small to join the bigger boys in a snowball fight; he slides and glides and puts a snowball in his pocket to take home for later. He does all the things you would expect a young child to do when emerging into a winter wonderland. It's text and storyline are sparse, very clear and as I said, simple. The illustrations are colourful, with clean, uncomplicated shapes and design, perfect for the youngest child to consume. But this story was groundbreaking in many ways. 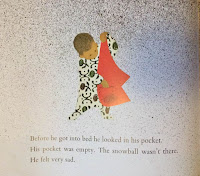 First, its' protagonist is a young black child. In fact, all the characters in the book are African-American, making it the first Caldecott Medal award-winner to represent this community. Keats took a lot of grief for that. As a white, Jewish man it was heavily questioned as to whether he was rightfully tell this story of a young black child. And as the Civil Rights movement gained more and more momentum, this scrutiny became more severe. There were accusations of tokenism and an almost covert racism. But I feel unqualified to discuss the merits of this argument, being from a group that is overly-represented in childrens books. The fact remains that it was one of the first childrens' picture book to represent a non-caricatured black protagonist and with previously unseen positivity. The implications of these race-based objections upset Keats greatly.He was puzzled by the notion of assigning race to a book that, from his view, was simply about children playing in the snow. I know, as a little girl all those years ago when it first appeared on my shelf, this is what I saw. A book about the wonder and magic experienced when a child goes out into the snow. It's wide-spread appeal and relatable story reaches through any discussions of race-representation and goes straight to the sensation, the feeling of that day.

Then, there are the illustrations themselves...those glorious, glorious pictures! Colours and patterns collaged together that evoke a very real sense of adventure and journeying out through the snowy landscape. They open up a sense of freedom, a vast expanse that exists even in the busiest of cities on a snowy day. The vibrantly coloured backgrounds act in the perfect juxtaposition for the colourless white of the fallen snow and paint pictures of pure feeling. These illustrations were staggering at the time. They simply weren't done like this before. But The Snowy Day opened the doors for more imaginative, creative ways of illustrating; demonstrating a different way of seeing and embedding the style firmly into our abilities of visual literacy. The possibilities of how to illustrate were endless after this moment. 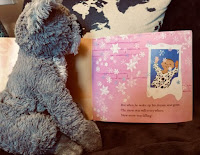 And here, we reach the point of The Snowy Day, I think; the reason this picture book has not simply retained a popularity, but created a popularity that grows continuously and has made it the Most Checked-Out Book in the history of the NY Public Library system. Possibility. Possibility not just in its' illustrations and not just in its' magical story of snow. There is more here that allows a sense of possibility to take hold in the heart and mind and grow to incredible proportions. This simple, clear picture book creates a space of wonder, of imagination, of dreams and of endless possibility...just what we need. Just what makes a great picture book.