If you've been following this blog for a number of years, you will already be well aware of how excited I get over Jolabokaflod. This year, it has become ever more apparent that the publishing industry worldwide is embracing this marvelous Icelandic tradition. Worldwide, people are talking about Jolabokaflod.
You see, every year in mid-November during the Reykjavik Book Fair, every household in Iceland receives the 'Book Bulletin'. The catalogue is used to plan and to order books for friends and family as Christmas gifts. During the festive season, gifts (the books, of course!) are opened on December 24th. Everyone then snuggles down (for a long winters nap?) and reads the books they have been given, while enjoying a cup of hot chocolate, or perhaps the (alcohol-free, as it turns out) ale called 'jólabland'. What a completely wonderful, warming idea! Peace, quiet and the joy of books....can't think of anything better.
How did this book-loving celebration begin? Well, during World War 2, once Iceland had gained its' independence from Denmark, paper was one of the few items NOT rationed and in plentiful supply. Already a culture deep in love with its' literary traditions, books became THE gift to give your friends and loved ones, as other things were in short supply. In 1944, the 'Book Bulletin' had its' first foray into the public, and it has grown and flourished ever since. Then in 2015, Hlynur Gudjonsonn, Consul General and Trade Commissioner for the Consulate General for Iceland in New York, gave his full endorsement to the Jolabokaflod Book Campaign, and this brilliant, joyous Icelandic tradition launched itself into the world as a whole.
So, here we are in mid-November. What are your book gift plans for the holidays? It is a gift that will warm the hearts and fire the imagination of the important people in your life for years to come. Give a book...give two. (p.s.: Don't forget to ask your local bookseller if you need help deciding on the perfect Jolabokaflod choice. That's why we're here)
Happy Jolabokaflod! 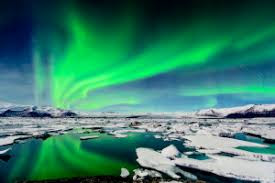