- July 24, 2017
The Literacy Association of Ireland have announced their shortlist of books for the upcoming LAI Children's Book Awards.
There are 4 categories in this particular award; 0-4, 5-8, 9-11 and Young Adult. These books are currently being reread and considered. The winners in each category will be announced on  October 5th at the LAI annual conference.
In the 0-4 category, the nominees are: 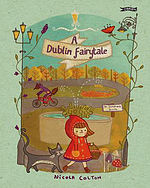 A Dublin Fairytale by Nicola Colton; published by the O'Brien Press.
How To Get Rid of a Polar Bear by Rachael Darby; published by Choice Publishing.
Elifint Óg Agus an Folcadán by Tatyana Feeney; published by An Gúm, 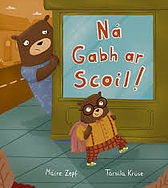 The 9-11 category offers the following shortlist:

The LAI Book Award is given in alternate years, and chosen from an outstanding selection of books published in Ireland during the two years previous.This year, there will be separate awards given to books in the four age categories.

Best of luck to you all...
https://www.literacyireland.com/