The shortlist has just been announced for this years' Childrens Books Ireland Book of the Year Awards. And, once again, what an exciting shortlist it is! I won't ramble on about it. Here's the photo! 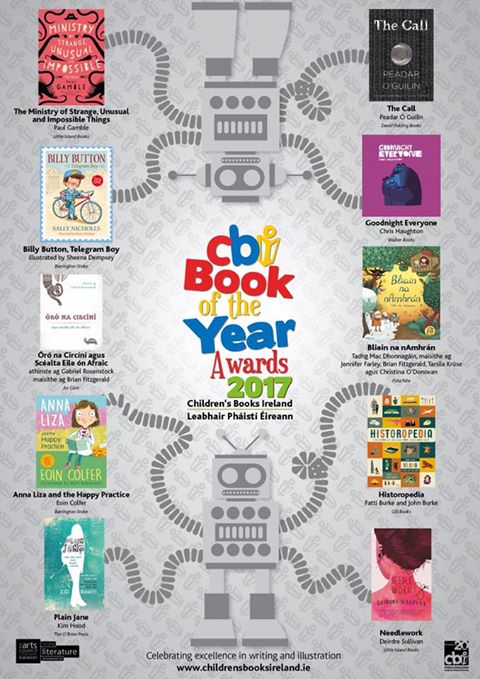 I do have to mention, however, that this is the moment for the Shadowing Groups to start getting busy! They've a lot to read before the awards date. The awards will be announced on 23rd of May at Smock Alley Theatre as part of the International Literature Festival Dublin...and by Rick O'Shea, no less!
Everything you need to know about the awards and Shadowing scheme is on the website. Just follow the link:
http://childrensbooksireland.ie/cbi-book-of-the-year-awards/