The Astrid Lindgren Memorial award is presented each year. This is the largest international award for children and young adult literature in the world, indicating the importance of reading by children and young people in their lives. The total (SEK 5 million) is set to inspire and encourage anyone involved in childrens writing to strive for purpose and quality. The award is given to authors, illustrators, storytellers and reading promoters. It may be presented to a single laureate, or to several and is given regardless of language or nationality. It is administered by the Swedish Arts Council and is named in honour of the amazing author, Astrid Lindgren, who gave the world such important childrens works as Ronia, the Robbers Daughter, Mio, My Son and, of course, Pippi Longstocking. 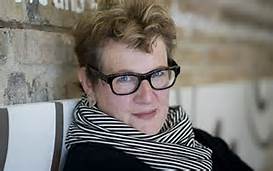 The Astrid Lindgren laureate for 2016 has been announced as Meg Rosoff.
Meg Rosoff made her debut in 2004 with the powerful dystopian novel, How I Live Now, the story of a young woman, Daisy from New York and her English cousin, Edmond, whose lives are torn apart as war rages in a not too distant future London. Each book since then has shown rare understanding, passion and compassion in expressing the lives of young people caught between childhood and adulthood, how they view their lives and the world situation and their thoughts on who they will be and how the world will form them into adulthood. With incredible dexterity and the utmost loyalty, Rosoff expresses issues of identity and being and becoming.
Congratulations to Meg, who will be presented with her award on May 30 in a ceremony at the Stockholm Concert Hall. No better representative!
http://www.alma.se/en/award-winners/2016/