- June 04, 2015
So it's the beginning of June and nearly half of the year is gone. With awards coming thick and fast and all of our hearts turning hopefully to summer, I thought it might be a good moment to share some of my favourite childrens books so far this year.

Rooftoppers by Katherine Rundell
This wonderful novel has been sitting strong in my number slot of best-sellers since last year. And it is beautiful! An eloquent story of following your heart taaakes you on an unbelievable journey across the rooftops of Paris to find Sophie's lost mother. If you haven't read it yet, now is the time! 10+

The Wordsmith by Patricia Forde
Hands-down the BEST dystopian novel I have read in a long time, and generally speaking in my top 5 of 'best childrens novels'. This is dystopia with a difference; thoughtful, thought-provoking, eerie and dream-like with incredible characters...and suitable for ages 10+...yes, even adults will love it! 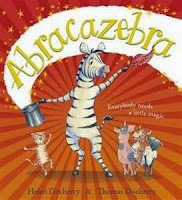 Abracazebra by Helen Docherty and Tom Docherty
From the authors of a big favourite of mine, The Snatchabook, comes this utterly delightful, brilliantly colourful, fun and lively story about acceptance, difference and magic! A picture book for everyone!

The Lie Tree by Frances Hardinge
No one builds worlds; or stories; quite like Frances Hardinge. An eerie and evocative Gothic horror-type novel placed soundly in the Victorian era, Faith finds herself on a remote island while her natural scientist father assists with an archeological dig. But when her father dies suddenly and dramatically, Faith uncovers a series of lies that lead to the discovery of something quite impossible... stunning! ages 11+

Behind the Walls by Nicola Pierce
Historical fiction at its finest! Taking place during the seige of Derry in 1689, this is the story of the Sherrard family, caught in the standoff between the Jacobite troops and loyalty to William of Orange and his cause. Perfectly paced, impeccably researched, the population holed up inside the Derry walls are starving, injured, diseased and dying. But there will be 'No Surrender'. Incredible! 11+

Class Act by Debbie Thomas
Brian O'Bunion feels he is pointless. But he rises to become an unlikely hero when the best and brightest of his class begin to disappear.A fantastic story of friendship, success against the odds, mystery, honey bees and Curlie-Wurlies! This is a wonderful book for all of us...fun, funny and full of heart! 9+ 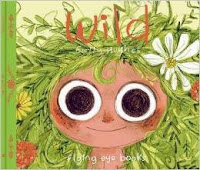 Wild by Emily Hughes
A beautiful, beautiful picture book! Lush and lavish illustrations perfectly compliment this tale of trying to change something that doesn't need changing. Happiness and being who you really are shine throughout the text. Amazing!

Nightbird by Alice Hoffman
A warm and wondrous story told in Hoffmans' typical genre of magical realism. Twig lives on the out-skirts of a small town with her mother, baker of mysterious apple pies, and her brother, who no one ever sees. Having been friendless and alone her whole life, when new neighbours move in to the ramshackle cottage next down, Twig may finally have a friend; one who can help her break an ancient family curse and free her family from its bonds. 12+

Still Falling by Sheena Wilkinson
A heart-felt and intelligent love story. New boy, Luke falls the first day of sixth-form. He has epilepsy. Esther, who comes to his aid, is falling as well...in love with Luke. But love is never easy, and Luke has many issues that he keeps well hidden. The issues are not a major focus of the novel, but rest steadily in the background of this tale of acceptance and loving someone who does not love themselves. Extremely realistic and expertly written...this story is just amazing. YA readers.

The Door That Led To Where by Sally Gardner
AJ Flynn has failed nearly all his GSCE exams, so his future holds no promise. When he miraculously lands a job at a prestigious law firm, he discovers a key with his initials and birth date inscribed on it... a key to a door that leads him into the past, a deeply hidden family secret, a murder mystery and hope for himself and his friends. No one does a time-flip story like Sally Gardner! Brilliant! 13+

An Island of Our Own by Sally Nicholls
Holly, Jonathan and younger brother Davy have been struggling to make ends meet since the death of their mother. Life has been really hard. But when Great-Aunt Irene suffers a stroke, she gives Holly some old photographs that could lead them to an inheritance that would solve all their problems. So off they go to find their fortune! But, they aren't the only ones looking for the hidden treasure. A gem of a book for ages 10+

The Boy Who Lost Fairyland by Catherynne Valente
The fourth in the Fairyland series introduces us to Hawthorn, a young troll abducted from his Fairyland home and placed in a family in Chicago; a no less confusing and magical place, where he becomes a changeling. Hawthorn struggles with his changeling nature, but when he turns twelve, he finds a way back home. Fairyland is much changed, and he soon finds himself in the middle of a changeling revolt.
We don't see much of our dear friend, September in this addition to the series, so it can be read without having read the others...but please do! 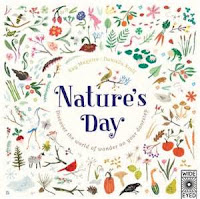 Natures Day by Kay Maguire
An extraordinary, beautifully illustrated book on nature for younger children. This book introduces them to the natural world on their doorstep by visiting nine places during each season, Informative, but more to the point, wondrous and exciting. One every family and every school should have.

Okay, so there you go....a 'Bakers' Dozen' of my favourite books so far this year. (You know me by now, I could go on and on. But I'll spare you that.) I hope I've included a little something for everyone. I'll be back with more, though....