The CBI Book of the Year Awards 2014 have been announced! Now in their 24th year, big, big congratulations go out to:

Marie-Louise Fitzpatrick (author and illustrator extraordinaire!) has won the overall Book of the Year Award, as well as the Judge's Honour Award for her marvellous novel, Hagwitch. Hagwitch takes us on a remarkable journey between 16th century London and the modern day to spin a spell-binding tale. 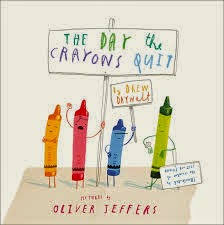 The Children's Choice Award went to Oliver Jeffers for his illustrations in The Day the Crayons Quit (author: Drew Daywalt). This award is chosen by Junior Juries throughout Ireland. 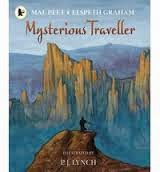 And finally, this years' Honour Award for Illustration went to PJ Lynch for his work on Mysterious Traveller (written by Mal Peet and Elspeth Graham). PJ's illustration propel the reader into an evocative and timeless journey.

Congratulations to both the winners AND the judges. It was a difficult job, but well done to all.