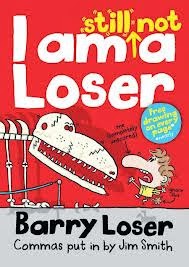 A big, hearty chuckle of congratulations to both!
The Roald Dahl Funny Prize was launched in 2008 and celebrates its sixth year. It's goal is to promote laughter and humour when reading. Over 200 school children across the UK participate each year in the judging process for this award... an award given by the readers who really count. The awards were announced at the Cambridge Theatre in London (home of the Royal Shakespeare Company.) The winner in each category has received an award of £2500.... and the laughter and joy of children everywhere.
Follow the link below for more on this year's awards and the complete shortlist...just for laughs!