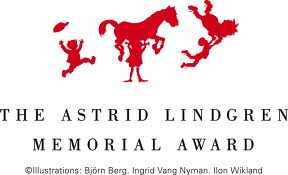 The Astrid Lindgren Memorial Award 2012 has gone to noted Dutch author, Guus Kuijer. Kuijer has beaten out a world of childrens' authors to be awarded one of the most prestigious, and certainly the worlds' richest childrens' literature award (worth 5m Swedish krona).
Born in 1942, Kuijer has written over 30 titles, mainly for the younger teenage group. One of his best-known works was published in English as The Book of Everything. Set in Holland in the 1950's, it is a bout a young boy named Thomas, who can see things no one else can see. His tyrannical, violent, hyper-religious father rules over Thomas, his mother and his sister , instilling them with an unrelenting fear. It is only when Thomas meets the 'witch' next door that he learns freedom from fear and that there will always be others who can help him. Kuijer writes with a deep respect for children and an overall attitude of tolerance and understanding.
Congratulations to Guus Kuijer!
http://astridlindgrenmemorialaward.wordpress.com/